from the Omaha Reader 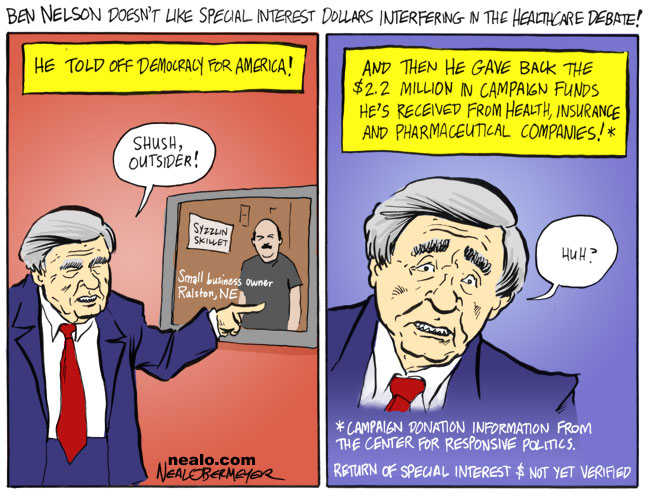 Michael Snider, the business owner who is featured in the Democracy for America commercial, spoke with the Huffington Post about a phone call he received from Senator Nelson regarding the commercial:


“I told him I didn’t understand. And he tried to explain it. He put his position out. He said if we went with a full public option — which he called a government plan — it would drive the price down and hurt private companies. I said, ‘you mean competition.’ And he replied that it would force people off the private plan and onto the government plan.”

“That happened twice,” Snider concluded. “He was telling me how bad a public option would be and when he was done I said, ‘So you don’t support a public option.’ He would reply, ‘That’s not what I say.’”